You are here: Home / Archives for medicaid nursing homes

Are You Eligible For Medicaid Nursing Homes?

If you are wondering about whether you are eligible for Medicaid nursing homes, you should understand that Medicare is only paid for nursing home based care for a short term and for health related conditions. Furthermore, Medicaid pays for most of the nursing home care that is funded by governments. The aim of Medicaid is to help those people that do not earn a high income and whose income is in fact on the low side. 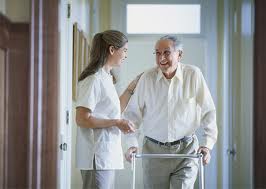 As of now, a majority of the expenses for long term care whose costs are not funded by the government will be borne by the families of the patient. Furthermore, about seventy five percent of all spending on long term care in the US is spent on care in the nursing home. About fifty percent of nursing home expenses are however paid by Medicaid. Another twenty five percent is paid by families of the patient wile less than ten percent is borne by private insurers. Medicare also pays approximately twelve percent of health care expenses for short term care.

It is the Medicare and Medicaid centers in the US that determine whether a person is eligible for Medicaid nursing homes costs. If you are earning a low income you have a good chance of qualifying but this is not the only eligibility criteria. So, other than the fact that your income is low you will also need to pass the test conducted by Medicaid to establish what your resources and assets are.

The good news is that even if you do not pass the eligibility test in the first go, eventually you will pass the test. This is because as soon as your assets fall to a level that is below the maximum permissible amount, Medicare will kick in and bear the expenses.

To qualify for Medicaid, you will need reduction of your assets (that are deemed to be countable) to two thousand dollars or lower. Furthermore, the patient must also contribute all of her monthly earnings and income including their social security but they are permitted to keep between thirty and ninety dollars for their personal need allowance.

One should not try and qualify for Medicaid nursing homes by trying to hide ones assets. This will be considered as trying to defraud Medicaid and that if found out would lead to severe consequences. If you need assistance with getting Medicaid you can get this quite easily by consulting care managers as well as social workers that know and understand all the financial implications and so can help you out.

The good news is that there are many states in the US that will not allow a nursing home to expel you, provided you have been paying for your nursing home expenses out of your own funds and once you qualify for Medicaid you cannot be put out by the nursing home.

The eligibility rules for Medicaid vary from one state to another and so too does the coverage. If you want to know about the programs being offered by your state, you can consult the website of the National Association of State Medicaid Directors.